We’re very pleased to announce that Chapter 7: The Dark Between the Stars has been released. It marks the halfway point in our story and features 38 pages of all-new artwork by Kristian Rossi, Ester Salguero, and DC Hopkins. 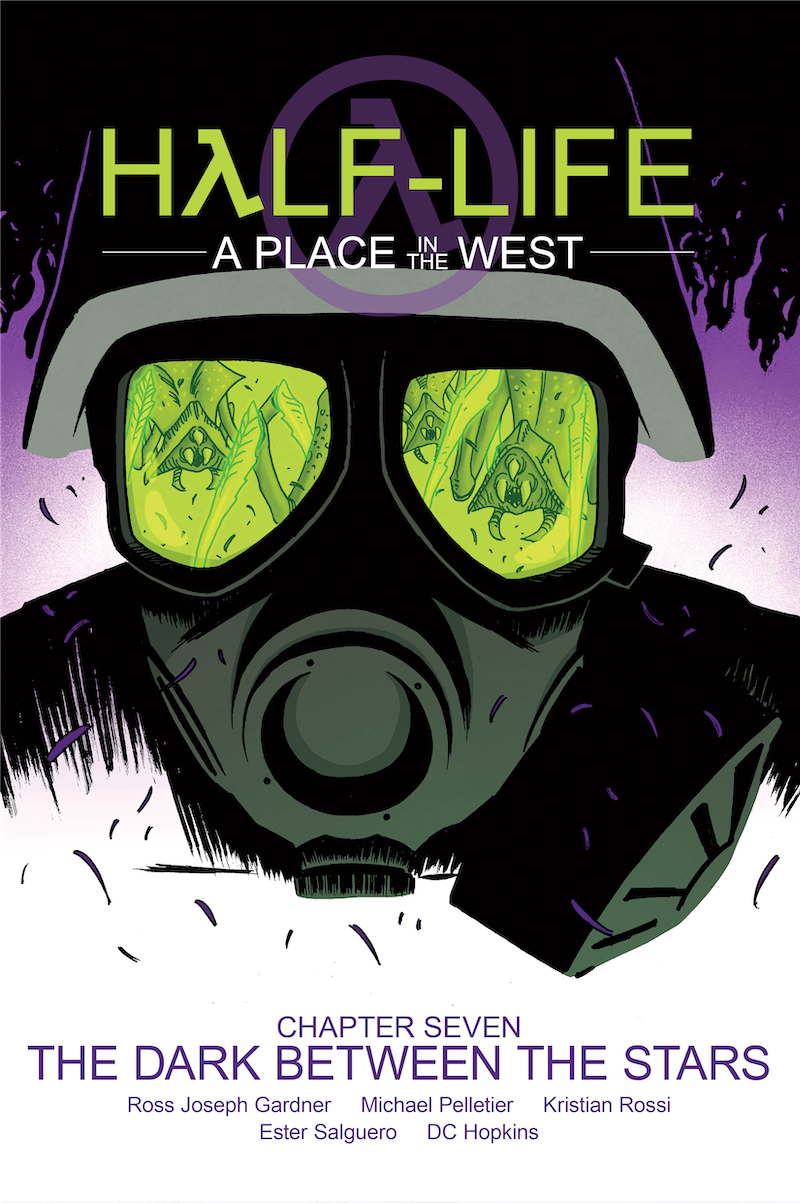 It’s an incredibly exciting chapter that sees the comic’s setting, New Franklin, descend into civil war as Long, Rajani, and Banks fight for control of its future.

Next up is Interlude 7.5: Castle Okno, which will be released for free later this year. It’s a flashback to Leyla’s time in Eastern Europe, and takes us to a Combine portal monitoring station somewhere in the wilderness…

But that’s not all we’re working on. We know the wait between chapters is long. It’s not ideal, but comics are incredibly expensive and are funded by our jobs. We can only make what we can afford. However, we want to introduce more content that expands the comic’s world and gives our readers something to enjoy in those months when we’re in production.

First up is a prequel novel written by Ross. It’s called Half-Life: Phase Transition and takes place a few years before the events of A Place in the West. The story follows a helicopter pilot called Ray who is shipped to Eastern Europe in the first weeks of the Combine occupation, where he meets a young Leyla Poirier and joins her on a journey into the heart of City 17. We’ll start releasing it for free, one chapter a week, towards the end of the year.

Secondly we’re putting a third soundtrack volume into production. It will once again come courtesy of the very talented Chris Jolley, whose work you can check out here. The third volume comes with a twist: it will feature a narrative component, exploring the life of a particular set of people in New Franklin.

We’re very excited about all of these projects and the comic’s future – it’s going to be an exciting and surprising year! As ever, please do share news of the comic, leave us a review, and check us on Twitter and Discord.

PS: In case you missed it, we have Achievements currently disabled. You can read more about this in our news post from yesterday. We hope to have this resolved soon!